I have worked over 25 years as one of the most progressive and versatile Steadicam operators. My Motto is: “The world is my office.” I have been operating since 1990 as a freelance Steadicam operator. As a Steadicam Operator I have shot a wide variety of programs ranging from feature films, music videos, live broadcast, industrials, 3D programs and even CD rom games. Here are a few snap shots over the years of the projects that I have been involved with. Download resume

NIGHT OF THE LIVING DEAD 3D

NIGHT OF THE LIVING DEAD 3D is a feature film we shot in 3D with a new kind of 3D system. Starting from top left and going clockwise in the picture above: me holding the 3D rig waiting for them to decide on blocking; the spooky house that was used for most of the shooting, located in Fillmore, California ; me doing a shot down the hall – the 3D rig will just barely make it through a doorway; running shot through a field out at Sable ranch, with assistant Jim Firios spotting me; setting up for a shot of a zombie coming through the window; D.P. Andrew Parke looking around me for blocking and lighting check; posing for a candid while waiting for the next shot. Center: zombie (Dean Jones) coming through a window. 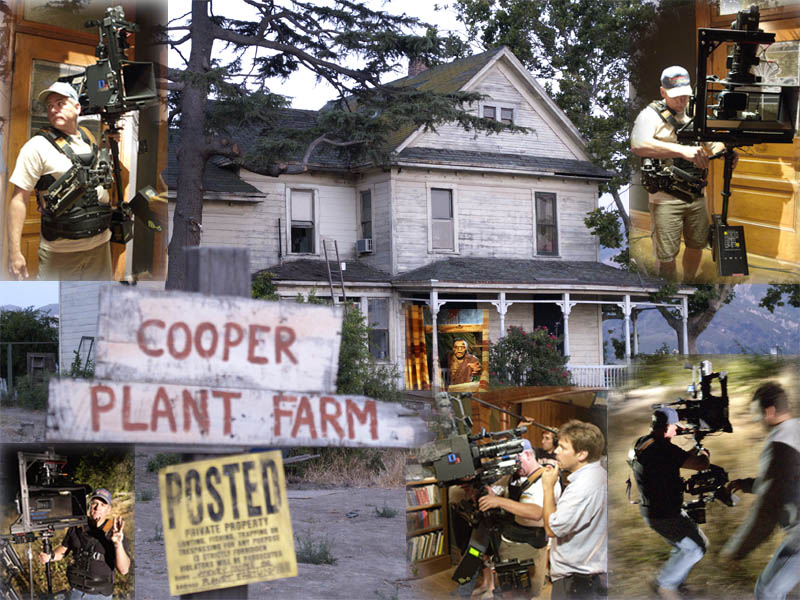 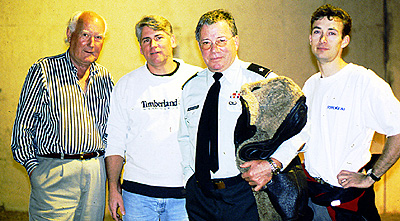 This feature film starring Jennifer O’Neill, Anthony Denison, Kathleen Kinmont, Lisa Marie Scott, and Jon Polito. The D.P. was Adam Kane. It was a pleasure to work with Jennifer O’Neill. This was one of the few times that I was star struck. 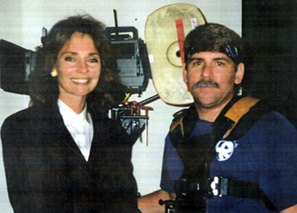 Posing for a moment with Dolph Lundgren and Roger Mosley. Bruce Malmuth directed this feature and the D.P. was Misha Suslov. This was a fun and challenging project. 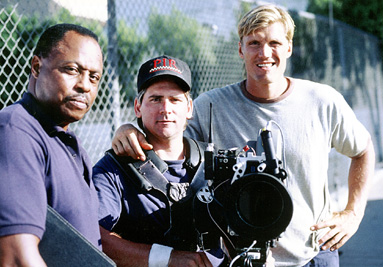 Worm man walking the dog. Shot with a Arriflex 435. The D.P. was Patrick M. Dolan. I was over cranking the Arri 435 in low mode with the Jerry-Rig. 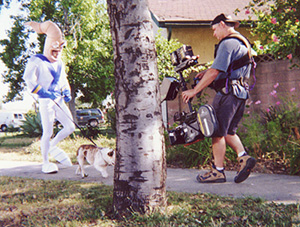 Posing with the cast of ESPN’s “Gotta Sweat”. Shot in Las Vegas at the Luxor hotel at poolside. This was a demanding shoot. Taping six episodes a day for two weeks. I had triax cable to the truck where a rough cut show was recorded on Beta. 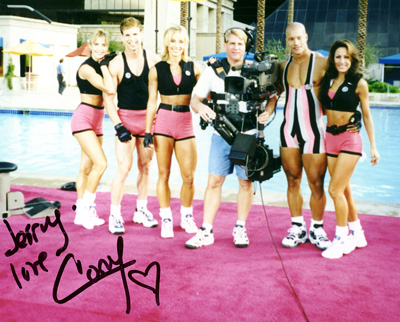 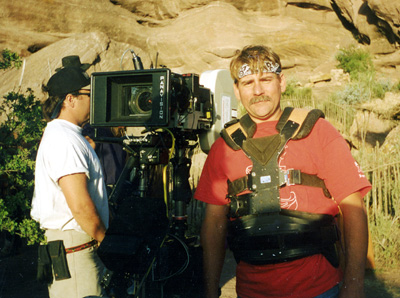 Kelly Mcgillis was a pleasure to work with on this feature film. The supporting cast was Bruce Dern, David Keith, D.W. Moffet and Mike Kennedy. The D.P. was Ed Talavera and was shot in many locations around Los Angeles. 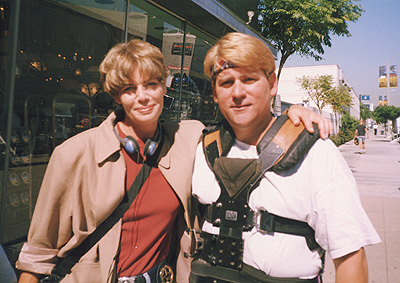 Waiting for next set-up, got a quick snap of Clint Howard and myself. A feature that was shot in Las Vegas. The other cast members where Eddie Driscoll, Johnnie Williams, Rance Howard (Father of Ron & Clint), and Julie Mendoza. The D.P. was Patrick M. Dolan. Shot with an Aaton 35mm. 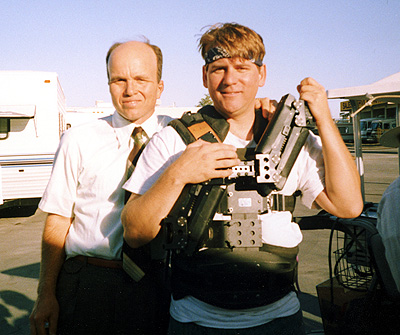 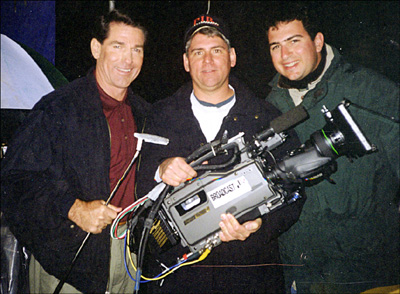 Posing on the back of a snowmobile with the stunt man (Pat) behind me and the director to his side.(John Murlowski) I had the Steadicam hard mounted to the back of the snow mobile. Except for tipping over a couple of times and almost going head on into a tree everything was fine. I was also asked to run in the snow, this I would not advise, very hard. The D.P. was Christian Sebaldt. Brad Wallace was a loader on this show and I later worked with him as a 1st assistant he is in the top photo. 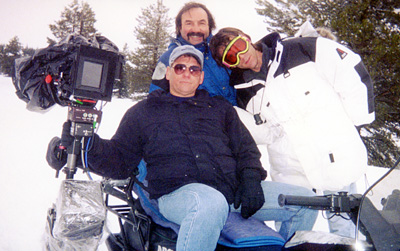 Walking on the beach in Bermuda shooting Travis Tritt. What a great gig this was. It was a week that I will never forget. The locations where great and the cast and crew was the best. Travis was the host of this hour-long special with the super models. Betacam. 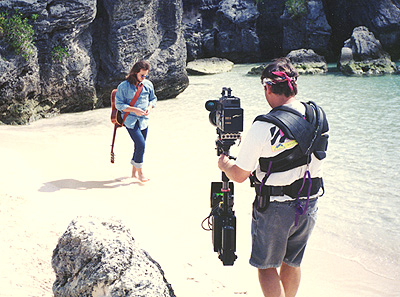 WE ARE – ENGLISH TRANSLATION

This was a Venezuelan film shoot in Caracas. I was doing a special effects shot here with smoke and an air cannon. The first AD is walking behind me directing the running people. I remember one of the extra’s tripping and falling in front of me. I had to step over her to complete the shot. Arriflex 16HS 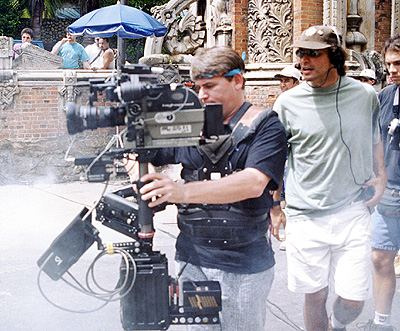 Getting a shot with Tim while they are setting up the next scene. Tim Quill went on to star in Hamburger Hill. This film was early in our careers. I was flying a Movicam Compact. You really can’t see the camera, but the tape on the matte box reminds me I was getting killed with lens flares. I remember a lot of night shooting. 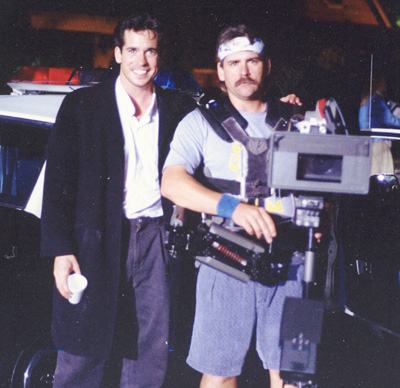 Bulk (Paul Schrier) and Skull (Jason Narvy) clowning around on the set. This shot was in low mode and was shot with an Arri Sr. This was way back when I was flying my Steadicam EFP. The old C.P. cadge was used. This was one of the things that lead to my low mode mode bracket. 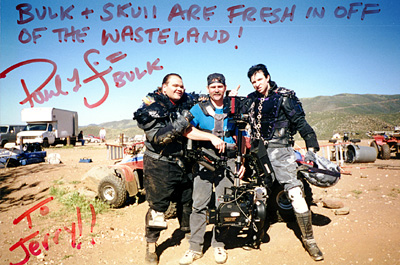 This shot was nine years ago. I have forgotten the title. My assistant Jim holding a wrc4. That is one thing, I am glad to see go. It was so called state of the art back then. Now guys make lamps out of them. I remember that most of this film took place in the basement of Linda Vista Hospital, which had been closed for years. The Director liked smoke, as you can see. The cast and crew were very nice and a pleasure to work with. Arriflex 35-3. 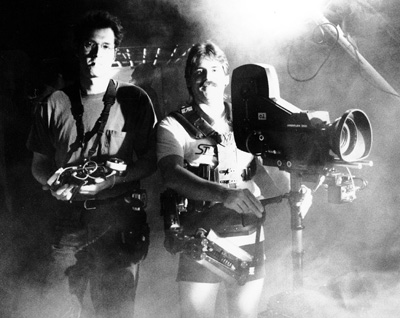 Shooting in Boston and New York on this feature years ago. I was humping around a Moviecam Super America. You can tell from the markings on the camera, the package come from Ultavision in Hollywood. While doing a shot the director behind me (Michael Friedrich) looks on. (dressed in black) The producer is behind and to the side of me.(Jason Oliver) 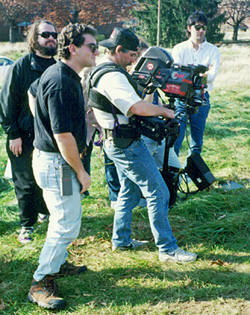 While working at Cinema Products in the sales and marketing of professional Steadicam and motion picture cameras. I achieved a record-breaking number of over million dollars in sales in one month. Over 25 Steadicam were sold.

I have conducted over 30 workshops around the world with some of the top operators. My biggest thrill was instructing along side Steadicam inventor Garret Brown, and legendary Larry McConkey, Bob Crone (below) and the late Ted Churchill.

Bob was one of the first to buy and operate a steadicam, and a Pioneer in the field. He is retired now and living in Vancouver, Canada. This is a shot of my dear friend, we were the instructors at a workshop held in Rockport, Maine.
The photo to the left was printed in a trade paper. I was demonstrating the newly released Steadicam EFP in Korea. 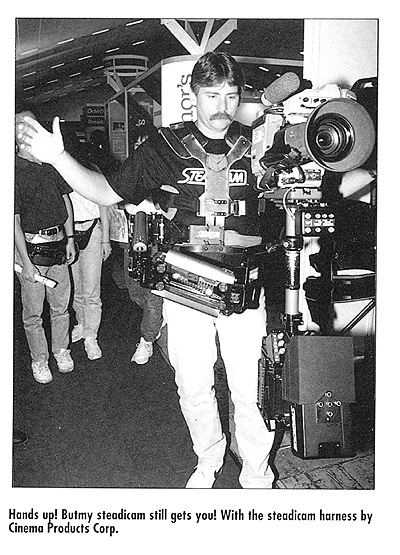 Working with Dimension 3 and their unique 3D technology for Multivision Corporation Plus on 12 half hour 3D sitcoms for Indonesian TV. 99% of each episode used the Steadicam to enhance the 3D effect. Incredible considering the high heat and humidity for 14 weeks in locations all over Indonesia. 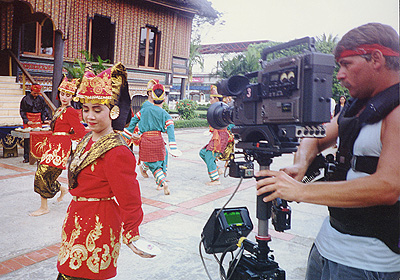 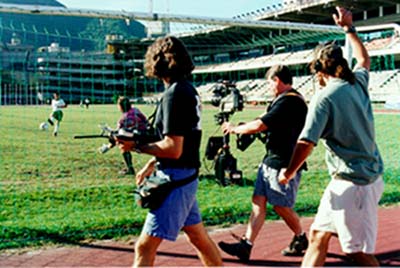 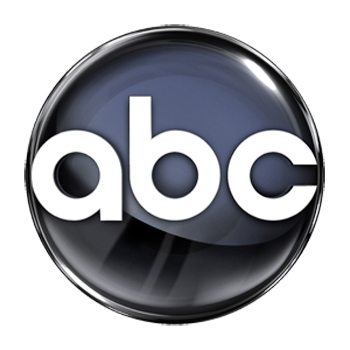 I have worked over 30 years as one of the most progressive and versatile Steadicam operators. View portfolio "The world is my office"